Newly obtained financial documents reveal that Alabama Power spent more than $100,000 for media-attack effort on banbalch.com and its publisher 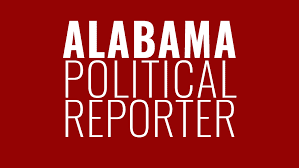 Alabama Power paid more than $100,000 to an online news site to publish attack pieces against a blog that has been the leading journalistic entity reporting on the North Birmingham Bribery Scandal -- and its aftermath.

Banbalch.com and its publisher, K.B. Forbes -- who also serves as CEO of the CDLU public charity and advocacy group -- were the targets of the attack pieces, which were published in the Alabama Political Reporter (APR), a site based near Montgomery. Forbes provides background on the APR articles in a post published yesterday.

The payments, made in 2020, all appear to have been approved by Zeke Smith, Alabama Power Executive Vice President of External Affairs, and allegedly paid through the obscure political consulting firm Matrix.

Forbes is not the only Alabama journalist to write about Alabama Power's deceptive use of the media. Writes Forbes:

Rob Holbert of Lagniappe Mobile  was the first to report about the alleged unethical relationship between Alabama Power and media outlets, writing in August (2022):

Similar involvement by utilities in some Alabama-based news websites has also been questioned over the past few years, particularly as it relates to the publication of news articles created by Alabama Power that subsequently wind up being run on APR’s site and that of Yellowhammer News. Both news sites have run stories that first appeared on Alabama Power’s Alabama News Center website, sometimes listing them as staff reports or otherwise obscuring Alabama Power’s involvement in the creation of the story.

Forbes addresses the APR articles about him, his blog, and his organization:

In July of 2020, APR wrote three smear attacks against us, the CDLU, this blog, BanBalch.com, and our Chief Executive Officer, K.B. Forbes.

The orchestrated attacks were a dramatic shift allegedly caused by the $120,000 infusion of funds. Alabama Power allegedly funneled the resources through Matrix possibly as “monthly advertising.”

In 2017, APR Editor-in-Chief Bill Britt wrote a straight piece on BanBalch.com writing at the time, “Material meticulously crafted into a damning narrative chronicles some of the firms most questioned activities, including the Oliver Robinson bribery scandal and alleged subcontract problems in Mississippi.”

Britt even contacted K.B. Forbes at the time to confirm the CDLU was involved in the blog.

Three years and $120,000 later, Britt wrote a 1,500 word defense of Alabama Power’s sister-wife Balch & Bingham while engaging in a blatant attack on the CDLU on July 8, 2020. He never bothered to contact us.

According to the anonymous financial documents, Alabama Power allegedly spent $1,000 on July 9, 2020 to have APR’s post on Britt’s smear piece boosted on Facebook. Forbes says the move backfired:

As we wrote at the time:

We never, ever thought it was this bad for Balch.

The orchestrated public relations strategy of defending embattled law firm Balch & Bingham has backfired miserably and the public is ripping the idiotic defense of Balch. But reaction by the public on social media has been unanimously against Balch.

Britt's articles were not the only salvo from APR, Forbes writes:

When Moon sent us five questions before his column appeared, we replied with details. Moon sent us a final email, and he wrote:

Here’s the problem I have: I don’t believe you. Now, I don’t much care about Balch, because I think they’re more crooked than even you have alleged….

That was not the last APR article related to Forbes:

Again, according to the anonymous financial records, Alabama Power allegedly spent another $1,000 on July 16, 2020 to boost APR’s Facebook post on Moon’s column.

Britt, who feebly wrote about a public tax filing from nearly 20 years ago, and tried to smear our association with Civil Rights champion J. Patrick Rooney, who has been dead for 14 years.

How did the APR articles come to life? Forbes provides background:

According to the anonymous financial documents, Alabama Power allegedly approved three payments totaling $16,400 on or near the three publication dates to True Targeted Digital Solutions. In 2020, the entity did not have a live website, according to the Internet archive.

We, the CDLU, do not know if this was to boost posts, provide digital advertising, create a geo-fencing digital campaign, or funnel a pay-through to the hacks.

Being paid lavishly in “advertising” budgets is diplomatic corruption of the media.

As Rob Holbert reported in August:

Lagniappe has received dozens of pages of documents purported to be leaked from inside Matrix. One of those listed as being created by Matrix employee Kim Hines is titled “Special Work Budget Dated April 2013 Properties,” that includes APR on a list of organizations receiving money from Matrix, C4 and JK.

On the spreadsheet next to “Al Political Reporter,” the row marked “Costs” lists $8,000. The next column under “Notes” says, “This is a per month cost. John will handle once he has approval from Zeke.” The “Funding Source” is listed as “Special Work Order/MTX” and “Total Costs” are listed as $96,000.

Sent the documents alleging payment from Matrix to APR, Britt stuck by his original statement. “I have no idea what those documents are or their origin,” he wrote. “As I said before, we only received advertising from Matrix.”

How did Forbes react to Britt's explanation? He was underwhelmed and wrote:

Matrix, like Balch & Bingham, is practically a wholly owned subsidiary of Alabama Power. Matrix was founded by “Sloppy Joe” Perkins, the Oompa Loompa of Alabama politics.

For almost a decade, APR appears to have received hundreds of thousands of dollars from Alabama Power via Matrix.

As we wrote in 2020, in Mexico, they have a saying that translates, “Where there is money, there are whores.”

How many more media entities will sell themselves to Balch or Alabama Power or one of their related entities for a few thousand dollars, a campaign contribution, or a generous digital advertising campaign?