Football great Brett Favre is the big name in Mississippi scandal, but the misuse of funds intended to feed needy children stretches in multiple directions 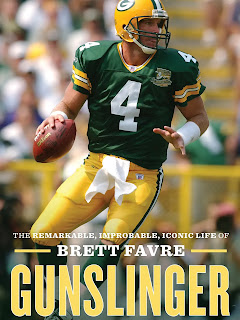 Football Hall of Famer Brett Favre has been seen as the central character in a welfare scandal that has rocked Mississippi politics. But Favre is not the only sports figure engulfed in the scandal, and it extends east toward Alabama to include Birmingham-based law firm Balch & Bingham, according to a report at banbalch.com.

The “scheme to defraud the government” has rocked Mississippi and angered decent and  professional people like Boone.

Mississippi Today broke the story about texts between then-Governor Phil Bryant and Favre in the scheme that diverted and allegedly laundered millions for welfare nutritional program resources to a not-for-profit entity called the Mississippi Community Education Center (MCEC). MCEC then funneled the money illegally to pet projects, like Favre’s Volleyball Stadium.

What about other sportsmen who join Favre in the muck? That includes a big name in wrestling -- Ted DiBiase Sr., known as "The Million Dollar Man" in his grappling days. From news reports last May:

Ted DiBiase and his sons Ted Jr. and Brett DiBiase have been sued by the state of Mississippi as the state seeks to reclaim $24 million dollars of misused federal funds meant for welfare. . . . The funds were meant to “address the multiple needs of inner-city youth” despite DiBiase Jr. possessing no qualifications to provide those services in relation to the federal grant called Temporary Assistance for Needy Families, or TANF.

Although Balch’s Boone appears to be outraged, the reality appears to be the House of Balch is divided. Working down the hall from Boone is Balch partner Lucien Smith, who was Governor Bryant’s former Chief of Staff and served as the Chairman of the Mississippi Republican Party until he was ousted by current Mississippi Governor Tate Reeves. Bryant was seen as a Balch stooge at the time he served as Governor. Speaking of welfare, Balch & Bingham appears to live off of corporate welfare and contractual cronyism in Mississippi. According to the State of Mississippi, Balch has obtained over $27.8 million in 72 contracts. How much of Balch’s $27.8 million was obtained through cronyism and favoritism? Should there be a criminal forensic audit of Balch?

As for Boone, how might he alter his public statements? Forbes offers several suggestions:

Balch partner Boone has a right to be outraged at Favre for allegedly taking advantage of resources for poor, hungry children.

In the meantime, Favre should repay the State of Mississippi and make a heartfelt apology to the residents of the Magnolia State.

Thank you, Roger, for amplifying and analyzing the fine work of colleagues in Mississippi and Alabama exposing outrageous corruption benefiting the wealthy, powerful and politically connected.

Don't read the last sentence first to see who the current Chief Judge of the 11th Circuit Court of Appeals is.