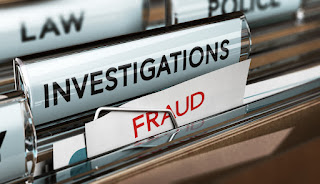 The suicide last week of  Balch & Bingham attorney Bo Lineberry was a stunning and perhaps telling event in the years-long effort to unwind apparent scandal in the Alabama corporate, legal, judicial, and law-enforcement worlds. Where does attention turn next? Ban Balch Publisher K.B. Forbes provides clues, under the headline "After Suicide, National Media and Feds Zero in on Alleged Obstruction and “Criminal Concealment;” RICOs Coming?" The sub-headline -- "Suicide. Resignations. Internal turmoil. Corporate strife" -- provides insight into the unrest that seems to be roiling elite circles in Birmingham and beyond. Writes Forbes:

Since November, Birmingham is seeing what appears to be the collapse of the house of marked cards allegedly propped up by the deep resources of Alabama Power. The Three Stooges (Balch & Bingham, Drummond, and Alabama Power) have seen their dominance stumble.

High-level sources told us in late October that Mark A. Crosswhite, the Chairman and CEO of Alabama Power and a former partner at embattled law firm Balch & Bingham, was an alleged target of an obstruction investigation.

What enormous pressure and worry caused Lineberry to end his life? Was he facing unbearable consequences? Was there an offer on the table that was too brutal for Lineberry to accept?

Seasoned law enforcement authorities tell us the Lineberry suicide spoke volumes about the depth and seriousness of the alleged federal probe.

Attention appears to be spreading beyond Alabama. Writes Forbes:

Now national media are focused on the alleged unsavory and criminal misconduct and alleged abuse of power surrounding the North Birmingham Bribery Scandal and the Office of the U.S. Attorney for the Northern District of Alabama. once run by disgraced ex-U.S. Attorney Jay E. Town, who resigned in 2020.

Concurrently, federal investigators are allegedly looking at obstruction of justice and accusations of “criminal concealment.”

In what looked like sheer panic with the rebirth of the North Birmingham Bribery Scandal, the illustrious Mark White, Mark Crosswhite’s go-to criminal attorney, fumbled the ball and showed how concealment appears to be part and parcel of the work product and a standard operating procedure of the Three Stooges and their hired guns.

As we reported about the “Tale of Two Marks” in January of 2021:

[Alabama Power’s] team of attorneys at White, Arnold, & Dowd, led by white-collar criminal attorney Mark White, filed an avalanche of court pleadings in December [2020] at the courthouse office, over the counter as if it were 1950 not 2020. (We wonder if Mark White still uses a rotary phone, stencil duplicator, and Royal typewriter.)

The delay and “hiding the goods” tactic failed. The paper court pleadings were [immediately] scanned and uploaded by the clerk to Alacourt where we, the CDLU, were able to download them.

Concealment might be an unfamiliar legal term to the general public, but it seems to be central to the unfolding Birmingham story:

Concealment has been a consistent element.

The biggest concealment appears to be Alabama Power’s alleged secret deal during the North Birmingham Bribery Trial in which the company was “unmentionable” during the trial and criminal defense attorneys allegedly had to clear any mention of Alabama Power with Mark White.

The federal statute of limitations for obstruction of justice is five years. The timing of the alleged federal investigation makes sense. The trial happened in July of 2018. The statute would expire in the summer of 2023.

Those aren't the only worries likely knocking around Birmingham board rooms. Writes Forbes:

Now Alabama Power and their sister-wife Balch & Bingham appear to have even bigger issues coming.

If obstruction of justice indictments are handed down and/or alleged criminal information is disclosed related to the alleged federal probe and the Matrix Meltdown, expect a federal civil RICO lawsuit or two against Balch, Alabama Power, and others.

The first civil RICO lawsuit will be based on the Newsome Conspiracy Case, a travesty of justice in which an innocent man, Burt Newsome, was allegedly targeted, falsely arrested, and defamed by Balch in an attempt to steal his law practice providing legal services to banks.

Newsome was arrested by a cop who was the son of a now-retired Alabama Power executive. Ex-U.S. Attorney Jay E. Town allegedly blocked four investigations related to the Newsome Conspiracy Case.

Either way, the Three Stooges and their defenders are exposed in the open no matter how many concealed deals, secret smear campaigns, or Star Chambers they create.

So you guys are saying this attorney committed suicide because of his involvement in an obstruction of justice investigation?

No, the post doesn't say that. I'm not sure anyone knows for sure why the attorney committed suicide.

If RICO lawsuits happen, that's when things will really get interesting.

Forbes putting all the pieces together and it is incredible. Layer by layer. Piece by piece. Recall the Mt Brook home raided by the FBI recently. I mean the pics alone during the trial just incredibly damning. The near hit job? Perkins off the books $2 million. Now this stuff. Stuff of movies. Where is the media? Hmmm.

K.B. Forbes has provided a true public service with his journalism on this. And it's not an easy story to report. Lots of moving parts, barriers, etc.

He was most likely murdered by them.