Based on deposition testimony, key figure in the Burt Newsome conspiracy case visited a dentist for repairs because he had pulled a crown off his own tooth 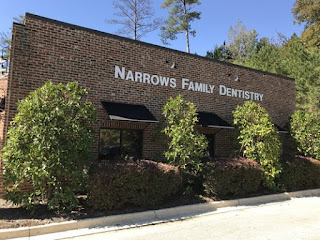 A man who allegedly took threatening actions against Birmingham attorney Burt Newsome, leading to a criminal menacing charge against Newsome and a case that now is before the U.S. Supreme Court for possible review, was in the vicinity that day for a dental visit because -- wait for it -- he had pulled a crown off his own tooth.

Newsome alleged in a subsequent civil complaint that John F. Bullock's peculiar actions that day were part of a conspiracy, apparently hatched by former Balch & Bingham partner Clark Cooper, to steal a chunk of his banking practice. Bullock, who owns a variety store in Pell City, argued that he and other defendants did not know each other before Newsome filed a lawsuit against them. Newsome produced evidence suggesting the defendants were using burner phones to disguise their communications, but the Jefferson County trial court bought the "we didn't know each other" defense and granted summary judgment or dismissal to the defendants. The Alabama Supreme Court had information about Bullock's bizarre actions regarding his own tooth -- the material is in the public record, as part of Newsome's appellate documents -- but the state high court apparently ignored it, or did not see anything unusual about it, and upheld the trial court's ruling.

Bullock's actions raise at least two odd questions: (1) Why did he drive from Pell City to see a dentist who happens to share a parking area with Newsome's law practice, which is off Old U.S. 280 -- not far from where the Birmingham and Hoover city limits stretch into Shelby County?; (2) Why did Bullock need to see a dentist that day?

Bullock's appearance in the parking lot came shortly after a Hoover man named Al Seier (now deceased) had parked in a similar fashion, allegedly threatened Newsome over his efforts to collect a debt that Seier's wife owed, and pulled a gun on the attorney, leading to a menacing charge against Seier.

Shaken by those events, Newsome made sure to have a gun available at his office. When he saw Bullock's vehicle parked in a manner similar to Seier's, Newsome became concerned. That concern grew as Newsome approached his car, only to have Bullock quickly open his door and block Newsome's path. The attorney pulled a .22 pistol from his pocket, held it by his side and asked Bullock to move so he could get in his car. Bullock did move, but he went on to file a menacing charge against Newsome.

Was that an act of retaliation for the charge Newsome had brought against Al Seier? Was it part of a scheme to set up Newsome for a criminal charge that could be used to draw banking clients away from his practice?  Clear answers to those questions remain elusive. But a deposition transcript filed with Newsome's appeal indicates Bullock was there to see Dr. Lora Gaxiola for a dental problem that he created. From sworn testimony in the Bullock deposition:

Q: And she (Dr. Gaxiola) is your personal dentist?

Q. Was there a particular reason why you had an appointment set for that day?

A. I had to have a crown reset.

Q. How long had the crown been giving you problems before you set the appointment?

A. I pulled it off the weekend before when I was out of town.

Q. So it was less than seven days before you made your appointment?

Q. Were you in pain as a result of that?

Q. Were you in discomfort?

MR. HILL (Bullock's attorney): John, you're going to have to answer yes or no.

From Dr. Gaxiola's deposition about issues related to Bullock's visit:

Q. What kind of incident can cause [a crown] to come off? Can a person have it removed with [his] own hand . . . or are there certain foods that they shouldn't eat that will dislodge it, like an apple or things like that?

A. Nothing should make a crown come off.

A. When we put them in, we don't tell them -- we don't restrict what kind of eating or anything that they can do. Normally, that's what we tell people.

Q. And I think you have already answered the question, but just to be clear, you don't give any kind of restrictions in terms of what you do ordinarily with any other thing in terms of any activity?

A. Correct, no restrictions.

I don't think I would have the guts to pull a crown out of my own mouth.

"Guts" is one word you could use to describe it. I can think of a few others.

Schnauzer, did you pull this from "The Onion"?

No, I didn't find it in The onion, but maybe I should submit it to The Onion. I found it in public court documents. You'd be amazed at the stuff you can find in court docs, especially depositions.

If I needed an excuse to visit the dentist, I think I would come up with something besides pulling a crown out of my head. How about saying you have a toothache or your gums are soar?

Alabama judges found nothing unusual about this?

It looks like the lawyers in the deposition forgot to ask an important question. Why did he pull the crown off.

I have two crowns and I have pulled one of them off because it had started to come loose. I could feel it moving with my tongue and the movement of the crown bothered me more than the crown missing.

One of them came off a different time when I was eating a Subway sandwich.