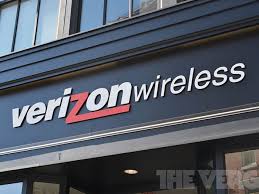 Thanks to top-notch original reporting from K.B. Forbes, publisher of the Web site banbalch.com, we have already pointed to peculiar circumstances surrounding the video deposition -- supposedly of a Verizon records custodian named Jason Forman -- that suggest the answer is yes. In fact, there is reason to wonder if the deponent really was named Jason Forman and if he even worked for Verizon. Forbes suggested in a recent post that "Forman" was an actor and noted examples from the past where Alabama utility companies and their associates have resorted to such skulduggery.

How would parties in a lawsuit even attempt to pull off such a hoax? In this instance. the parties were communicating electronically across roughly 900 miles, with some in Birmingham, AL, and others near Verizon headquarters in Bedminster, NJ., and that likely enhanced the opportunities for subterfuge that might not be present in an old-fashioned, face-to-face deposition. Why would someone attempt such a stunt? Newsome's legal team had discovered that alleged conspirators connected to Balch had used an Alabama-based phone number -- (205) 410-1494 -- to communicate , likely via prepaid "burner" phones, about the scheme to steal Newsome's practice. The hoax apparently was designed to keep Newsome from gaining access to communications among those who were trying to ruin him professionally.

What does the deposition itself reveal about the possibility that a legal proceeding that was supposed to be based on fact-finding actually was an over-the-top example of discovery fraud? The answer is "quite a bit," and Newsome -- who was in Birmingham, questioning "Forman" in New Jersey -- seemed to small something funny early on. (See page 6 of deposition, which is embedded at the end o this post.)

Burt Nwsome (BN): And for the record, Burt Newsome from Newsome Law. We object to this deposition going forward, one, there was never any subpoena issued to Verizon as a non-party, and also, for the other grounds stated in our motion to quash. Plus, this witness, he's not going to be able to see our documents in this format that we have questions about.

Our main objections is that Verizon has never been properly subpoenaed for this witness. I don't know how this witness even knows to appear today.


Another oddity: At the beginning of the deposition, Forman had no attorney present to represent him and object, if necessary to certain question. The normal process, as I understand it, is to have an attorney present, who can object to questions and then usually instruct the deponent to answer the question, even if it is found later to be inadmissible at trial. If the dispute is particularly serious, the deposition can be interrupted, with the issue taken to a judge for resolution. But my understanding is that parties usually are encouraged not to let discovery disputes get that far.

That's why deponents generally answer questions, over their own attorney's objections, with admissibility and other issues to be resolved later. In this instance, with no attorney present for Verizon at the beginning, "Jason Forman" (a non-lawyer) essentially made his own objections and steadfastly refused to answer certain questions, especially if they could lead to personal identifiers.  Consider this exchange that begins at the end of page 20 of the deposition:

BN: Do you have a middle name, sir?

JF: I'm not giving you that.

BN: Well, I mean you're under oath here.

JF: There's no reason for you to have where I live, sir.

BN: This is important stuff.

JF: There's no reason for you to have where I live, sir. You can have my office address, which is 180 Washington Valley Road. . . .

JF: I'm not giving you that, either.

BN: Okay . . . Let the record reflect he's refusing to answer questions as well, which is another reason that I object to this deposition. . . . And what's your educational background?

JF: I have a degree in criminal justice.

BN: And where did you get that from, sir?

JF: I'm -- you're asking a whole lot of personal information, and it's not relevant to what we're doing here. I'm here to testify to records. I'm not giving you my resume. It's unnecessary.

BN: Your technical background is relevant to the case and to what you're testifying about.

BN: Where did you get your degree from, sir?


Why did "Jason Forman" think he could get away with stonewalling in a deposition, making his own decisions about whether or not to answer simple, direct, and relevant questions? Newsome tried to get at that, on page 28 of the deposition:

BN: Is it customary for Verizon to send their corporate representatives to depositions without in-house counsel or any attorney present for this?

JF: It is if it's just something pretty basic. If it continued to escalate or it was something that I felt I couldn't handle, I would stop the deposition and we would bring counsel to another one. It really -- it's a case-by-case basis. I have gone with counsel and I've gone without.

JF: This was faxed to our office as what we call an appearance. We have a set group of people that set up the appearances throughout the country. We normally require about two to three weeks notice, and we'll send a regular witness. I don't know the details as to why this was rushed and to why it was specifically requested we do this today since our standard thing is two to three weeks, but it was done in this way. And  I work on Mondays, and they asked me if I wouldn't mind doing it, and I said yes.

BN: Who -- who rushed this at Verizon?

JF: I'm assuming the attorney of record requested a rush.

BN: Okay, And who, at Verizon, told you about the deposition and asked you to go?

JF: Oh, one of our appearance coordinators.

BN: And what's their name?

JF: Again, I'm not really comfortable giving you other names other than mine, since I'm the one who is here.

BN: Well, that's kind of critical to our case. We would like to know who -- you know, how this turned around in two days, with no subpoena issued properly in Alabama law, and you ended up here.

JF: If you want to stop, I can make a couple of phone calls and maybe get an attorney to see if I could give you other names.


An attorney for Verizon ultimately appeared, and "Jason Forman" testified that the "205" phone number, to his knowledge, was a router switch and not tied to burner phones. But we are left with numerous questions, including these:

* Why was a lawful subpoena not issued for Verizon, a non-party to the lawsuit?

* Who put a rush on the deposition, and why?

* Why was a deposition, which normally would be arranged over roughly three weeks, be set up in two days?

* Who was "Jason Forman," and how did he know to appear at a rushed deposition?

* Why did "Jason Forman" resist so strongly answering any question -- no matter how simple -- that might reveal his personal identifying information?