Bob Woodward's latest blockbuster is about Donald Trump's "war on truth," but the famed reporter could write several volumes about the U.S. "war on law"


Acclaimed journalist Bob Woodward, speaking to MSNBC's Rachel Maddow this week, said his new book essentially is about the Trump administration's "war on truth." That is a profound statement, but it doesn't go far enough, in our view.

The release of Fear: Trump in the White House has been one of the biggest news stories of the past week. By all accounts that we've read, it's another stunning chapter in Woodward's long career as a ground-breaking reporter. But there is another war under way on the American landscape, and it might be even more dangerous than Trump's jihad against the truth. We call it the "war on law," and we've been reporting on it since Legal Schnauzer started in June 2007.

You might say Trump's "war on truth" dates to June 2015, when he announced his run for the presidency. The "war on law" goes back much further than that. The late Monroe Freedman, considered the modern-day father of legal ethics, spoke about it in 1989. Karl Rove and the U.S. Chamber of Commerce launched an effort to buy Southern appellate courts in 1994, and that essentially was an official declaration of war on the law.

What impact does this have on our democracy? It destroys fundamental constitutional protections, such as due process and equal protection. Those quaint notions already are on life support in many jurisdictions.

As for Trump, he is conducting a war both on truth and the law. His appointment of the abominable Jeff Sessions as attorney general -- with his long history of political prosecutions -- showed an utter disrespect for the rule of law. His nomination to the U.S. Supreme Court of Brett Kavanaugh, who lied repeatedly to Congress during his confirmation hearings, is a classic case of placing political considerations over the law. 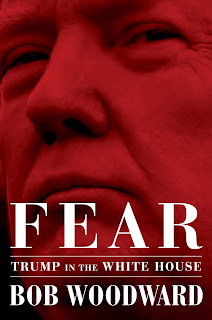 Let's consider two examples of the "war on law" in our personal experience. They involve both Alabama state and federal courts, from our first encounter with a legal matter to a matter that is pending as we type:


Trampling the law of trespassing

Our legal nightmare began when Shelby County District Judge Ron Jackson found Mike McGarity, our former neighbor with the lengthy criminal record, not guilty of trespassing -- even though McGarity admitted under oath that he had committed the offense as charged.

Jackson butchered the facts and the law in a variety of ways. But here is the one that really stands out, citing the judge's words from a court transcript:

"I'm going to find that you had to give written warning, and there is reasonable doubt about whether the warning was received prior to the trespass. Therefore, I am going to acquit. But Mr. McGarity, you certainly are on notice now, and if you return here on these issues, the result might be different."


Jackson found that we had to give McGarity written warning to stay off our property. Is that a correct reading of Alabama law -- or law anywhere, for that matter? Not even close. Jackson made it up -- in crude terms, he pulled it out of his ass. The real law can be found in a case styled Chambers v. City of Opelika, 698 So. 2d 792 (Ala. Crim. App., 1996). From the Chambers opinion:

The appellant has cited no authority for his position that to be guilty of criminal trespass the intruder must be aware that he or she had no license or privilege to enter or to remain on the premises. There is authority, however, that states that when those premises are private and not open to the public, there is no requirement that the prosecution prove that a prior written or verbal warning was given to the intruder.


As you can see, no property owner (or renter, for that matter) is obligated to warn an intruder. If that were the case, there would be no such thing as private property in the United States. Rather, it is the would-be trespasser's obligation to make sure he is "licensed, privileged, or invited" to be on the property. McGarity admitted he was on our property, and he never claimed any of those defenses, so he was guilty. Jackson's finding of "not guilty" allowed McGarity to file a baseless malicious prosecution case against me -- and all of our other legal travails flow from that. Had Jackson decided the McGarity matter lawfully, none of our other legal cases would have happened -- and 18 years of our lives would not have been ruined.


Jerking around with the statute of limitations

Our pending "Jail Case" in the Northern District of Alabama provides a recent example of courtroom crookedness. It involves the statute of limitations and shows U.S. District Judge Virginia Emerson Hopkins can't get even the simplest matters correct.

Hopkins dismissed all six of our federal claims -- First Amendment, Fourth Amendment, Fourteenth Amendment, False Arrest, False Imprisonment, and Excessive Force -- by finding that we filed our complaint after the two-year statute of limitations (SOL) for claims under 42 U.S.C. 1983 had
expired.

It is standard around the country that the time bar for a Sec. 1983 claim is based on each state's statute of limitations for personal-injury cases. In Missouri, that is five years; in Alabama, it's two years. So, it's undisputed that our case, in fact, is governed by a two-year SOL -- and Hopkins is correct, up to a point..

But that is not the only time-related matter at hand. There also is the small matter of when the SOL begins to accrue. In other words, when does the two-year clock start ticking on a Sec. 1983 claim in Alabama, or any other state? The U.S. Eleventh Circuit (covering Alabama, Georgia, and Florida) answered that question in a case styled Kelly v. Serna, 87 F. 3d 1235 (11th Cir., 1996):

“Deciding what statute of limitations applies to this action gets us only half way to our destination. Secondly, we must decide at what point the applicable statute begins to run. A statute of limitations begins to run when the cause of action accrues. Accrual of a cause of action under 42 U.S.C. § 1983 is a question of federal law. Mullinax v. McElhenney, 817 F.2d 711, 716 (11th Cir.1987).


How does Hopkins butcher the law on this issue? By simply ignoring what Wallace v. Kato actually says. Hopkins claims "the statute of limitations does not begin to run until the facts which would support a cause of action are apparent or should be apparent to a person with a reasonably prudent regard for his rights." From that, Hopkins concludes that the SOL began to run when I was arrested, when my imprisonment began.

But that is not the law in cases of alleged false arrest and false imprisonment, as Wallace makes clear. You will notice the citation in Wallace to Restatement of Torts. The Restatement is a volume on U.S. common law, which applies across the country. It provides perhaps the most clearly worded statement on the SOL issue in our case:


This is not only succinctly stated law, it's also common sense. If Hopkins' version of the law was legit, someone could have you falsely arrested, keep you in jail for two years, and you would have no legal recourse  once you got out. I was kept in jail for a little more than five months, and the SOL on my claims began to accrue when my imprisonment ended. It's undisputed that our claims were filed within two years after my release from the Shelby County Jail -- and that's when the SOL began to accrue.

Virginia Emerson Hopkins can't get that right because she is a sycophant for Jeff Sessions and U.S. Sen. Richard Shelby (R-AL), and they are two of the "generals" in the war on law.

Bob Woodward could write several volumes on that war, and he would be doing a huge service for our citizenry.
Posted by legalschnauzer at 6:01:00 AM