Shooting of Laquan McDonald in Chicago, and shattering of my wife's arm in Missouri, shine light on the growing threat to society from police dishonesty


Police brutality remains front-page news around the country, with the latest outrage coming from Chicago, where video was released last week of the Laquan McDonald shooting.

The McDonald story has far-reaching dimensions. In a roundabout way, it touches on the political prosecution of former Alabama Governor Don Siegelman. It has sparked a scathing rebuke of police officials from a Harvard-law graduate, writing at the nation's No. 1 law blog. And it prompts this troubling question: Is police dishonesty more common--and perhaps an even bigger threat to society--than police brutality?

My wife, Carol, and I have been asking ourselves that question since deputies in Greene County, Missouri, invaded our apartment on September 9--with an assault rifle and roughly a half dozen handguns drawn--for an "eviction" that was unlawfully scheduled and had been automatically stayed when we filed a Notice of Appeal the day before.

Carol and I both were handcuffed and led outside--even though there was no indication either of us had engaged in criminal activity--and a deputy eventually slammed Carol to the ground and broke her left arm so severely that it required trauma surgery for repair. Carol now is in intensive physical therapy for at least eight weeks, and caregivers have said she is expected, at best, to regain 75 percent usage in her arm.

How could this happen? Carol had been given permission to enter our apartment and retrieve personal belongings. She already had placed several items in our car and was about to make a second trip--primarily to retrieve our cat's litter box--when three officers surrounded her just off the front porch, slammed her to the ground and yanked violently on her arms, badly bruising both of them and shattering the humerus (just above the elbow) in the left one.

Greene County Sheriff Jim Arnott was present for the eviction--why, we have no idea--and his immediate instinct was to lie. Standing roughly five feet away as Carol was being brutalized, Arnott pointed at her and said, "She assaulted a police officer."

I saw the same scene from about 15 feet away and almost guffawed when I heard Arnott's words; Carol did not initiate contact with anyone. But she was handcuffed behind her back--with one arm broken--placed into the back of a police cruiser, taken to the county jail and told she was going to be hit with a felony charge and likely $100,000 bond. Never mind that Carol had a bone that was fractured in four to five places and bruises all over, while there was no sign of injury on any officer.


We've already shown that Arnott's actions were wildly contrary to Missouri law, and we will address that issue further in upcoming posts: Did the Missouri sheriff and perhaps other members of his staff commit federal crimes in causing Carol's false arrest and imprisonment? She was only released from custody after X-rays at Cox North Medical Center revealed the severe break in her arm. Maybe that gave Arnott some clue that Carol was the assaultee, not the assaulter.

Carol and I have seen police dishonesty in an up-close-and-personal way, but we are far from alone. Consider the Laquan McDonald case. The video that shows Officer Jason Van Dyke shooting McDonald 16 times never would have come to light if a free-lance journalist named Brandon Smith had not filed a lawsuit under the Freedom of Information Act (FOIA), seeking its release. Ironically, the McDonald family did not support Smith's efforts to bring the video to light.

As those who have followed the case of former Alabama Governor Don Siegelman know, the government (sometimes with the help of corrupt judges) can stonewall FOIA requests for years. Somehow, the Smith case must have landed before an ethical judge in Chicago, and roughly a year after the McDonald shooting, we now have a sense of what actually happened on that night in October 2014. We certainly were not going to get that from Chicago police sources.

The day after Laquan McDonald died, a police-union official said Laquan had lunged at police. Here is an account from The Chicago Tribune, quoting Fraternal Order of Police spokesman Pat Camden:

Officers remained in their car and followed McDonald as he walked south on Pulaski Road. More officers arrived and police tried to box the teen in with two squad cars, Camden said. McDonald punctured one of the squad car's front passenger-side tires and damaged the front windshield, police and Camden said.

Officers got out of their car and began approaching McDonald, again telling him to drop the knife, Camden said. The boy allegedly lunged at police, and one of the officers opened fire.


The video released last week shows that McDonald did not lunge at officers. (See video at the end of this post.) Meanwhile, the manager of a Burger King near the shooting site said police tampered with surveillance video from the restaurant. From a report at aol.com:

The restaurant's manager has insisted for months that his surveillance system was tampered with by the very police officers he was trying to help. He says 86 minutes of video from around the time of the shooting was erased. His statements Friday support what lawyers for the McDonald family first told WGN news back on Nov. 18.

"A police detective and a technician went into the Burger King...and the Burger King employees, including the manager, looked at the video, and found about 83 minutes of video that were missing, which included the time the shooting occurred, " attorney Michael Robbins said.


State prosecutors and police officials adamantly deny that anyone tampered with video. But what kind of credibility do law-enforcement officials have these days? Not much, would be our reply.

Is the police dishonesty Carol and I have witnessed--along with that apparently surrounding the Laquan McDonald case--isolated? It doesn't look that way. A recent report at usuncut.com examines four instances where officers lied about being shot. 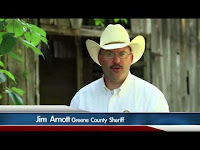 I might have had a hard time believing that at one time. But not anymore.

Elie Mystal, who has a J.D. degree from Harvard and writes at Above the Law, provides a disturbing perspective on police dishonesty in the aftermath of the Laquan McDonald shooting. The title of Mystal's article is "When Cops Do Their Jobs Black People Die."

Police culture creates a world where a black teenager can be shot 16 times for jaywalking, and his killer can walk around free for a year while his superiors try to hide the evidence of the crime. This happens all the time. This has been happening all the time.

This isn’t news to me. Cops lie all the time, I’ve known that because I’ve had to know that as I try to get through this world without being shot to death. I didn’t need the damn snuff film to “prove” that racist cops in Chicago kill black people and the police department covers it up.

Hard to believe cops shot this kid 16 times, and the whole thing was covered up for more than a year.

We need video of the incident where Carol's arm was broken. The cop will probably claim she lunged at him.

Interesting take, LS. Glad to see you weigh in on this.

If I were you, I would be prepared for Missouri deputies to lie about what happened to your wife.

I agree, @2:06, and we are prepared for that. I think you have to be prepared for just about anything when you are dealing with corrupt cops.

He spun around at the officer and the officer shot him. He could have dropped the knife and surrendered. The officer may have been charged, but will win in court. Would you have rather waited until he walked up on an innocent person before shooting him? Perhaps the officers should have just let him go and maybe the next time he commits a felony he will just turn himself in. What do you believe the officer should have done?

Do you have the arrest/incident report yet?

If you are talking about an incident report on my wife's situation, @9:01, no.

Mainly, I think the officer should have followed procedures for use of deadly force, @4:46, and it doesn't appear that he did that. I'm not familiar with those procedures, but I assume they pretty much describe how an officer should do his job.

Are you saying McDonald committed a felony in this instance? If so, what was it? I'm still trying to figure out what led to this encounter. My understanding is that McDonald did have a knife with him, and his body later was found to contain PCP, but I'm not sure what felony (or other incident) caused police to take notice of him.

According to the Chicago Tribune: "The first two officers on the scene trailed McDonald for nearly a half-mile, from a trucking yard where he had been breaking into vehicles through a Burger King parking lot and onto busy Pulaski Road. As officers awaited backup units armed with Tasers, they tried to corral McDonald to keep him away from passers-by. At one point, McDonald used the knife to slash the front tire of a squad car trying to block his path."

The newest use of force model for Chicago that I could find is at http://directives.chicagopolice.org/lt2015/data/a7a57be2-128ff3f0-ae912-8fff-cec11383d806e05f.html?ownapi=1 from May 2012. It says that lethal force can be used when the offender's actions will likely cause death or serious physical injury. The primary objective of the use of force is to ensure control of a subject with the reasonable force necessary based on the totality of the circumstances. Reasonable force is determined by what what an officer with similar training would have done.