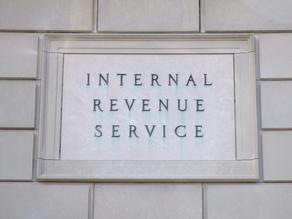 When Barack Obama said in January 2009 that he planned to "look forward as opposed to looking backwards" at the apparent crimes of the George W. Bush administration, reasonable observers knew that comment would come back to bite the president-elect some day.

That moment came yesterday when President Obama told reporters at a White House press conference that he was outraged over disclosures that the Internal Revenue Service (IRS) had singled out conservative groups for special scrutiny.

Obama went so far as to say that he would not tolerate a government agency that targets individuals and groups based on political affiliations. But those words ring hollow when you realize that Obama has tolerated exactly such behavior from the outset of his administration. The president's words are especially hollow here in Alabama, where we've held front-row seats to the political prosecution of former Democratic governor Don Siegelman during the Bush years--not to mention the politically charged Alabama bingo prosecution under the Obama Department of Justice (DOJ).

How serious are the IRS disclosures? A report from The Washington Post makes clear that they are ugly, indeed:

Internal Revenue Service officials in Washington and at least two other offices were involved with investigating conservative groups seeking tax-exempt status, making clear that the effort reached well beyond the branch in Cincinnati that was initially blamed, according to documents obtained by The Washington Post.

IRS officials at the agency’s Washington headquarters sent queries to conservative groups asking about their donors and other aspects of their operations, while officials in the El Monte and Laguna Niguel offices in California sent similar questionnaires to tea-party-affiliated groups, the documents show.

IRS employees in Cincinnati told conservatives seeking the status of “social welfare” groups that a task force in Washington was overseeing their applications, according to interviews with the activists.

In a news conference Monday, President Obama said he learned of the investigating in media reports on Friday and has “no patience with it.”

“If in fact IRS personnel engaged in the kind of practices that have been reported on, and were intentionally targeting conservative groups, then that’s outrageous,” Obama said. “And there’s no place for it. And they have to be held fully accountable.”


How can we square Obama's calls for accountability in the IRS scandal with his vow to ignore DOJ abuses? We can't. The president long ago punted his moral authority on abusive government actions--and there is no getting it back now.

Let's consider just a little of what we know about the Siegelman case--and it is only one of dozens of political prosecutions during the Bush years. We touched on the subject last week with a post about former HealthSouth CEO Richard Scrushy, who was released last summer after being imprisoned for almost six years in the Siegelman case. In an interview with HuffPost Live, Scrushy said government investigators made it clear that he could avoid prosecution by agreeing to testify falsely against Siegelman. Here is the quote from Scrushy:

The way our prosecution system works is through a "snitch process." I was asked to snitch on the governor, and they were going to let me out. But I would have had to lie and I said, "No, I’m not going to get up there and say a man did something he didn’t do." It’s a sad situation for our country.


Does the IRS scandal look bad? Yes. Does it compare with ongoing corruption in the U.S. Department of Justice, from rogue prosecutors to crooked federal judges? Not even close.

Since the IRS story broke last Friday, conservative voices have been squealing, calling for Congressional inquiries and the like. These are pretty much the same conservative voices who were silent when Bush adviser Karl Rove was anally raping the ideals that undergird our justice system.

No one, of course, should be surprised at such hypocrisy from conservatives. But we should expect far better from Barack Obama, especially on justice issues. So far, the president has failed to deliver at every turn.

IRS has been sued successfully, more times than we can ever know as a majority, from our no news.

LS, you have the bad no good for nothing fraud exposed! The Federal Reserve System and the Internal Revenue Service, FRS and IRS have cannibalized the majority of Americans since the unconstitutional fraud was sold by the jews' news.

... the world by the year 2004 will not be the same one you now know' .. ’But it can still be changed and you can help change it' .. SCENES World War III came to life .. I was in a hundred places at once .. Somehow it was clear to me that this final war, Armageddon, was caused by fear .. ’But it is a fear so great that humans will give up all freedoms in the name of safety.’

... million of refugees streamed across the US border, looking for a new life in North America .. the immigrants could NOT be stopped .. driven by fear of death and,

loss of confidence in God >>

Netanyahu scuttled his homo A$$ to Russia, getting kicked for flying nukes into Syria's airspace while BIDEN and the DEM from Minnesota, with McCain SCREAM bloody murder - NO FLY ZONE over Syria.

There is a power that is all powerful and we can feel this energy and know that the truth is invisible, and visible too.

Visibly America has gone too far. Invisibly, the earth and majority of humans are not going to tolerate any further or longer, the pedophile USA.

Obama was hired to be the bringer of the worst of our realities: slavery digital selling US down another river, by a 'black man' again.

God as an energy is an almighty force, but an an enemy the source is what we have as 'gov'

Be prepared and do not trust Israel! Salivating unsanitized filth, can't be stopped Bill Kristol "what's the use of having nukes if you can't use 'em"

Then as Gnaeus Pompeius Magnus [Pompey, or Pompey the Great] .. military and political leader .. late Roman Republic DID TOO >> Islamic Revolution Ayatollah Seyyed Ali Khamenei says Iran will raze Tel Aviv to the ground if Israel launches a military strike against the Islamic Republic.

It's certain to be certain there is to be no more 'Temple Mount' in the Middle East ~ as Moses' tribe continued into degradation the Mount was razed, so has America's turnaround artistry brought US #2 to Israel.

Watch Netanyahu carefully and also, every move the shape shifter Barry makes in his hiding of unsanitized filth.

Why does Obama want to look backwards at the IRS's behavior? I thought he was against that sort of thing.

LS, I had a feeling you might jump on this.

Thank you: ... same conservative voices who were silent when Bush adviser Karl Rove was anally raping the ideals that undergird our justice system ....

~ Dems and Repubs now with drawn lines in the sand as to whose corruption is worse!

Barack Barry Obama Soetero and Michelle are lawyers - he got his JD bought by the Saudis' "legal sheepskin" cost billions!

Druggie homo bi does not
know what happened and when, where-how
why did America hook-line

Sink into the abyss WHO
are the demonic cultists gone insane, everywhere
RIGHTS’ X-rated billable hours

Cool Cats, Jive All Around
up town and down town globe trotters
US Constitutional Republic, no

Time to punk, punks are
buildings' foot holders so we can scale,
tall structures and get higher

than the kites' tales' lagging.

PATRIOTISM lack thereof, reason given
for chosen self-censorship, no tough questions
journalism and journalists, no dissenting

damaging to the financial interests
a news organization’s owners or parent company
after 9/11, Dan Rather told

There isn't much of a story here. IRS targeted liberals under Bush:

Wasn't it a Bush appointee who directed IRS scrutiny of tea party?

Yes, it was a Bush appointee who started this. More from Salon, about Bush-era efforts to target a progressive church in CA:

“I wish there was more GOP interest when I raised the same issue during the Bush administration, where they audited a progressive church in my district in what look liked a very selective way,” California Democratic Rep. Adam Schiff said on MSNBC Monday. “I found only one Republican, [North Carolina Rep. Walter Jones], that would join me in calling for an investigation during the Bush administration. I’m glad now that the GOP has found interest in this issue and it ought to be a bipartisan concern.”

The well-known church, All Saints Episcopal in Pasadena, became a bit of a cause célèbre on the left after the IRS threatened to revoke the church’s tax-exempt status over an anti-Iraq War sermon the Sunday before the 2004 election. “Jesus [would say], ‘Mr. President, your doctrine of preemptive war is a failed doctrine,’” rector George Regas said from the dais.

War criminals don't want to get caught, never do the most psychopathic humans really want to get caught and yet, they do, because cannibalism is sick and this is what war really is, causing the mind to go completely insane.

Obviously we've caught all the guilty, but can't finish the job of justice.

Mentally Ill are which people?

It has become difficult to keep track of all the different "-gates" the Obama administration has suddenly found itself embroiled in: perhaps an appropriate name would be Gate-r-gate? And with the just concluded farce in which Jay Carney passed off all AP-related questions to Eric Holder, who in turn recused himself and told the media to please crucify the Deputy AG instead, it is unlikely that any material new information will be disclosed any time soon. However, courtesy of The Hill, we at least have some insight into the first gross offense by the administration revealed last week: the targeting of one political group over another by the supposedly impartial IRS. Specifically, attached below is the full 7 page questionnaire sent by the IRS to the Liberty Township Tea Party containing a list of 35 questions.

"How can we square Obama's calls for accountability in the IRS scandal with his vow to ignore DOJ abuses? We can't. The president long ago punted his moral authority on abusive government actions--and there is no getting it back now."

And that is all we really need to know.

I rise to disagree. This is a made up controversy. The IRS employees in Cleveland were doing their jobs. They take tax exempt applications as they come in and either approve or reject. Then to next app. The fact they didn't reject any apps from Democratic orgs is that didn't recieve any. The woman who wrote the apology letter was coverin her fanny.

I'm calling out Krugman, Horton, Kreig, and Shuler on this one.

I wana hear more on this.

Calling me out on what? And why? Pardon me, but I don't understand.

Here's what I had to say on the general topics at hand:

There are many links to related stories, FYI.