Are the Politics of Global Warming Costing Climatologists Their Jobs In Some States? 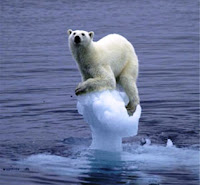 Al Gore has said there can be no genuine debate about the reality of global warming and the role of human activity in causing it. But Gore might want to tell that to the state climatologists who have seen their jobs swept away, seemingly by the undertow of global-warming politics.

The most recent example came in Georgia, where Republican governor Nathan Deal signed an executive order appointing a state employee to the climatologist's job, which had been housed at the University of Georgia. That means longtime state climatologist David Stooksbury, a tenured faculty member in biological and agricultural engineering at the University of Georgia, no longer holds the position. His assistant, climatologist Pam Knox, might be out of a job altogether in about a year.

This political posturing comes as we wind down 2011, a year when the United States shattered a record for weather disasters.

Why did Deal make the change? That is unclear, but his choice for the job, meteorologist Bill Murphey, is a state employee who ultimately will answer to the governor. As university employees, Stooksbury and Knox receive much of their funding from independent research grants.

"You've kind of lost that independent voice for informing the public and informing decision-makers,"  Stooksbury said. "I'm not sure that is good for the state in the long term. In a university setting, there is more independence, more access to the latest scientific information."

Tom Crawford, of gareport,com, smells a political rat in the room. Writes Crawford:

The whole science of climatology has become increasingly politicized in recent years with many leaders of one of our major political organizations, the Republican Party, actively denying the accumulated scientific data supporting the argument that our climate is changing dramatically as the earth gets warmer. Perhaps a Republican governor would not want a climatologist who is not under his control and who would insist upon such quaint notions as making decisions that are based on facts and data.

The political battle to control the flavor of scientific discourse seemingly has claimed another victim. This time it was Dr. David Stooksbury, the 12-year veteran state climatologist of Georgia whose middle-of-the-road opinions about climate change apparently ran afoul of Georgia Governor Nathan Deal's more conservative views.

In an executive order issued last week, Governor Deal stripped Dr. Stooksbury of his title and conferred it to a current employee of the state's Environmental Protection Division—a position under direct government control, unlike Stooksbury's rather independent office at the University of Georgia.

If Crawford and Knappenberger are on target, and I'm betting they are, Georgia is not the first state where politics have trumped science on climate issues. Reports GWPF:

Stooksbury's ouster is just the latest in a string of state climatologists who have been replaced in recent years for what seem like political reasons.

Patrick Michaels in Virginia. David Legates in Delaware. George Taylor in Oregon. Those three now-former state climatologists were on the rather cautious (and outspoken) side when it came to the possibility for alarming climate changes to occur as a result of human changes to the large-scale composition of the atmosphere. All three were ushered out by governors who had a different take on the issue. Michaels, Legates, and Taylor were victims of their title of "state climatologist," even though, in this case, "state" referred primarily to geographical location more so than government. I guess the governors wanted to alleviate any confusion associated with the name and put someone in that position whose view better reflected that of the "State" (with a capital "S").

Is the public well served when political gamesmanship gets in the way of science? Tom Crawford, of Georgia Report, says the answer is no:

Among the activities conducted by Stooksbury's office is the operation of a website that provides information on how farmers can get better crop yields during the current climate extremes. He advises coastal communities on how to cope with the rising sea levels caused by the ongoing warming of the earth's climate.

As we have seen with Hurricane Katrina and Hurricane Irene, it is also advisable to have an expert climatologist on board who can warn you when and where a tropical storm is going to strike your state.

In fact, Crawford reports, the public can be harmed if the right people do not hold important climate-related jobs:

"There is this perception along the Georgia coast that we've never been hit by a hurricane," Stooksbury said. "Climatologists know that is wrong.

"Climatologists will tell you that in the 1800s, Georgia had six major hurricanes make landfall," he pointed out. "We had a storm surge in Brunswick in the 1890s that put water in the streets. A climatologist would say, random events tend to cluster, random events are not evenly spaced out. Hurricanes are random events. Along the Georgia coast, we've had them in the past and we'll have them in the future."

Deal's decision comes with direct human cost, too. As a tenured faculty member at UGA, Stooksbury will maintain his teaching and research position. But Pam Knox holds a staff position and might be out of a job because of the change under Deal. Knox's official title is "program coordinator" because "assistant state climatologist" is not a job title within UGA's computer system. Funding for her position comes from "soft money" sources, such as earmarks and outreach grants. When the last of those runs out in about a year, Knox probably will be unemployed.

Should Georgians care about losing the services of a climatologist with 22 years of experience? Consider this from Knox's biography:

Knox was elected president of the American Association of State Climatologists in 1996, becoming the first-ever woman to hold this national title. As of January 2012 she will be the Chair of the American Meteorological Society (AMS) Committee on Continuing Professional Development, and has previously served on the AMS Committee on Applied Climatology.

Her professional experience and expertise relevant to climatology research and outreach includes: two years at the National Weather Service Office of Hydrology in Silver Spring, MD, where she studied extremely heavy precipitation events; service on national boards related to water data and water quality; extended exchange program visits to the National Climatic Data Center; and internships as an aide in the Wisconsin State Legislature, and as a researcher and producer for the National Public Radio nationally syndicated science program Science Friday.

Deal could be kicking a nationally recognized expert to the curb, just as the United States completes a record-breaking year for weather disasters--many of them hitting the South. Reports the Global Post:

Twelve weather disasters causing $1 billion or more in damage hit the United States in 2011, the National Oceanic and Atmospheric Administration (NOAA) announced Wednesday, making this year's weather the most extreme on record.

That's more billion-dollar catastrophes in one year than the United States saw in the entire decade of the 1980s, even after the figures are adjusted for inflation, The Associated Press reported.

Previously, the biggest year for billion-dollar weather disasters was 2008, which had nine, the AP reported.

NOAA Administrator Jane Lubchenco told the Houston Chronicle that the length of this year's list of billion-dollar disasters is due to several factors, including a larger population in the United States; more people living in harm's way, particularly along the coasts; more people with insurable property; and more extreme weather stemming from climate change.

"We have good reason to believe that what happened this year is not an anomaly, but instead is a harbinger of what is to come," Lubchenco told the Houston Chronicle.

Is this a good time for governors to be screwing around with climate-related positions, especially in coastal states such as Georgia? Sure doesn't look like it.
Posted by legalschnauzer at 6:36:00 AM