Missouri child-porn case of United States v. Scott J. Wells likely will revolve, in part, around issues related to the murky world of images in a computer cache

A side benefit of researching child-pornography cases is they can help answer that eternal question: What in the heck is a computer cache?

That, however, does not help the feds much, by itself. Rather they must prove that Wells took "affirmative actions" to obtain the images, causing them to appear on his cache, and that he knew they were there -- exerting "dominion and control" over them. Our review of the complaint/affidavit in Wells (embedded at the end of this post) indicates the government will have a tough time with this element of the case.

Courts around the country have wrestled with the "cache conundrum," with one case coming from the Ninth Circuit (Alaska, Arizona, California, Hawaii, Idaho, Montana, Nevada, Oregon, Washington) in a case styled U.S. v. Kuchinski (2006) Here is how a cache entered the picture in Kuchinski:

We have made it plain that a person does knowingly receive and possess child pornography images when he seeks them out over the internet and then downloads them to his computer.  In fact, we have declared that, “[i]n the electronic context, a person can receive and possess child pornography without downloading it, if he or she seeks it out and exercises dominion and control over it.” Romm, 455 F.3d at 998;  see also United States v. Tucker, 305 F.3d 1193, 1204 (10th Cir.2002). Thus, Kuchinski properly concedes that he did knowingly receive and possess the 110 images that he downloaded. But he was charged with many more-an additional 13,904 to 17,984 images, which appeared in his cache files. That makes a substantial difference to the calculation of his [Sentencing Guidelines] range.


The court then dives into the murky waters of trying to define a cache and its role in a computer setup:

According to the evidence before the district court, when a person accesses a web page, his web browser will automatically download that page into his Active Temporary Internet Files, so that when the site is revisited the information will come up much more quickly than it would have if it had not been stored on the computer's own hard drive.   When the Active Temporary Internet Files get too full, they spill excess saved information into the Deleted Temporary Internet Files. All of this goes on without any action (or even knowledge) of the computer user. A sophisticated user might know all of that, and might even access the files. But, “most sophisticated-or unsophisticated users don't even know they're on their computer.”

Much of the above also appears in our discussion of this area in Romm, 455 F.3d at 997-1001. There we also pointed out that “the cache is a ‘system-protected’ area, which the operating system tries to prevent users from accessing by displaying a warning that access involves an ‘unsafe’ system-command.” We also noted that a user, who knows what he is doing, can go forward and get access to the cache files anyway.  In the case at hand, there was no evidence that Kuchinski was sophisticated, that he tried to get access to the cache files, or that he even knew of the existence of the cache files.


The court found other evidence to uphold Kuchinski's convictions on receipt and possession charges. But it found that evidence related to the cache supported a reduction in Kuchinski's sentence:

There is no question that the child pornography images were found on the computer's hard drive and that Kuchinski possessed the computer itself. Also, there is no doubt that he had accessed the web page that had those images somewhere upon it, whether he actually saw the images or not.  What is in question is whether it makes a difference that, as far as this record shows, Kuchinski had no knowledge of the images that were simply in the cache files. It does. 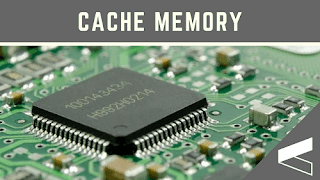 While we have not confronted this precise issue, we have come quite close. In Romm, 455 F.3d at 995-96, the evidence demonstrated that the defendant knew about the cache files and had actually taken steps to access and delete them. On appeal, he conceded knowledge, and contested dominion and control, but we rejected his arguments. In so doing, we opined that “to possess the images in the cache, the defendant must, at a minimum, know that the unlawful images are stored on a disk or other tangible material in his possession.” We relied upon a case wherein the Tenth Circuit Court of Appeals had declared that the defendant was properly found guilty where he knew that child pornography images would be sent to his “browser cache file and thus saved on his hard drive.” Tucker, 305 F.3d at 1204. As the court put it: “Tucker, however, intentionally sought out and viewed child pornography knowing that the images would be saved on his computer. Tucker may have wished that his Web browser did not automatically cache viewed images on his computer's hard drive, but he concedes he knew the web browser was doing so.”

We were also at some pains to distinguish Romm's situation from one where it could be argued that “the cache is an area of memory and disk space available to the browser software, not to the computer user.” United States v. Gourde, 440 F.3d 1065, 1082 (9th Cir.2006) (en banc) (Kleinfeld, J., dissenting). In Romm, 455 F.3d at 1001, we noted that we were confronting a different situation because Romm did have both knowledge of and access to his cache files.


U.S. v. Wells, in our view, should not make it to trial. But if it does, look for cache issues to be front and center.